Liked what you read? Rate this page

Mushrooms are the fleshy body of a fungus, and although this term applies to many varieties of fungus, typically it is thought to be mushrooms with a stem and cap, where the underside of the cap is lined with gill-like flanges. Though thousands of varieties of mushrooms exist, not all of these are edible, and so it is important if picking wild mushrooms to be able to correctly identify the species before eating. 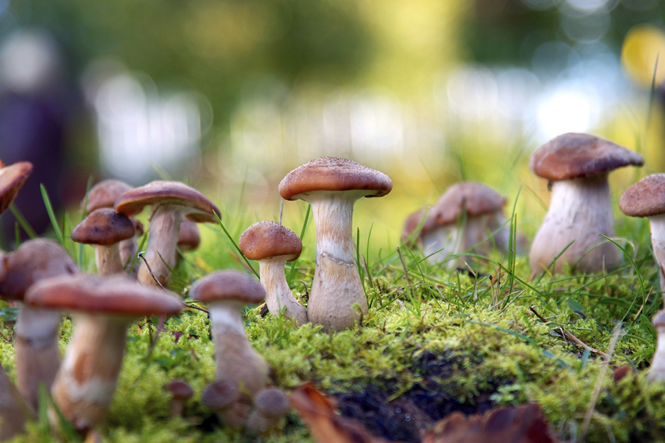 An Introduction to Mushrooms

Mushrooms grow from spores which are spread by fully grown mushrooms. First a tangled mess of thread like structures form under the ground or surface on which the mushroom spore has landed. Small buds form out of the thread-like tissue, and grow upwards out of the ground, forming the classic mushroom umbrella shape. Spores are developed on the gills on the underside of the mushroom cap. These spores eventually drop or are carried by the wind, and when they fall on surfaces suitable for growth, new mushrooms can develop.
. 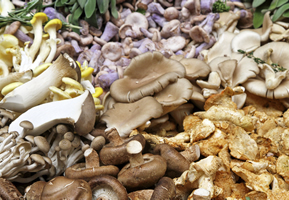 It is estimated that over 10,000 varieties of mushrooms exist in North America, though of course there are far fewer mushrooms which are edible. Mushrooms can be roughly split into four main categories: saprotrophic, mycorrhizal, parasitic and endophytic.  These fancy names simply describe the way in which the mushroom feeds.

Saprotrophic mushrooms decompose dead tissue, such as in trees or plants. Many of these mushrooms are edible, including shiitake and white button mushrooms.
Mycorrhizal mushrooms weave around the roots of other plants, providing nutrients to the host plant. This can make them difficult to cultivate, though popular edible varieties include chanterelle mushrooms, and the highly prized truffles.

Endophytic mushrooms are the least studied variety of mushrooms. They are also thought to invade a host plant, but not damage it, but unlike mycorrhizal mushrooms are much easier to cultivate. 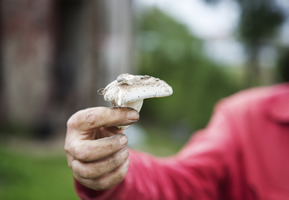 Edible mushrooms contain a range of vitamins and minerals, and as well as being high in the B vitamins, they are the only non-fortified source of vitamin D available for vegans.

Additionally, they are also low in sodium, cholesterol and saturated fat.

Neither meat nor vegetable, mushrooms are nevertheless a great addition to the diet, and are found to have a range of health benefits. In particular, the vitamin D content helps to promote healthy bones. It has been found that mushrooms exposed to light have a higher vitamin D content. It is important that the body receives enough vitamin D, and while this is often received through exposure to the sun, mushrooms are one of the few natural edible sources of this vitamin.

Research suggests that mushrooms increase the body’s immune defences. They are thought to increase the production 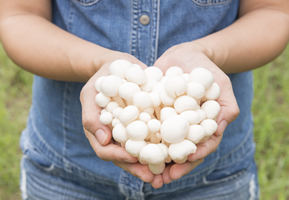 of anti-viral proteins and promote the maturation of immune system cells. This helps the body to be more ready and able to fight off invading bugs.

Mushrooms are also thought to have cardiovascular benefits, as a result of anti-inflammatory and anti-oxidant effects. They protect the blood vessels from oxygen damage, in particular the aorta, the biggest blood vessel in the heart. It is also though that mushrooms can lower levels of cholesterol in the blood.