vingredients / coconut / how to cook coconut

How to cook coconut

For years, coconut has been a staple for those living in the tropics, but it is now becoming more and more popular in Canada too. Coconut produces many food products, including oil, solids and water, making it a feature of a range of recipes, in which it can be eaten raw or cooked. The sweetness of the fruit lends itself well to desserts and smoothies, but also as a creamy and cooling addition to a spicy curry. 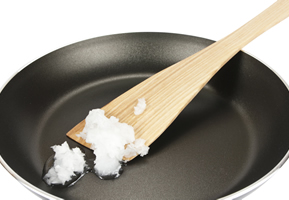 This is an excellent and natural replacement for many processed oils, and it is easy to adapt recipes to replace unhealthy oils with coconut oil. As it is natural, often less coconut is required than what is needed in the recipe.

Like butter, coconut oil is solid at room temperature. However, it melts at about 25ᵒC, so warming it gently over a low heat is quick and easy. 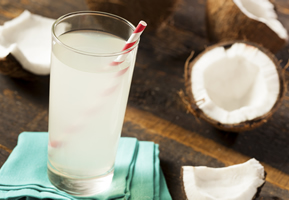 Coconut water, not the same thing as coconut milk, is often drunk just as it is, being refreshing, hydrating and very tasty. Not only this but it is very nutritious and a great source of energy. For those who prefer to mix the coconut water with other ingredients, it is also excellent in smoothies, salad dressings or soups.

Some people cook rice in coconut water, as it uses the same proportions as normal water, but adds a nutty flavour to the rice. This is particularly good if the rice is to accompany an Asian dish. 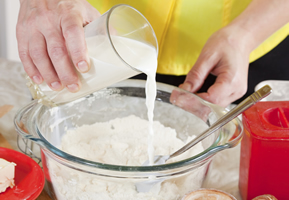 This is derived from the flesh of the fruit and is a thick and creamy substance. It is a great ingredient for curries or soups as it adds a creaminess and thickness to the recipe.

It also makes a good alternative to regular milk when baking cakes and desserts.

When you buy coconut milk, often the milk and the cream have separated – this is a good sign as it shows artificial stabilizers or gums have not been added. Gentle stirring will quickly recombine the milk and cream.

Coconut milk can also be used to make a dairy-free whipped cream. Allow the coconut milk to separate, then scoop out the solids. Whip up these solids, and it should turn to an airy and light cream. Some people find this sweet enough as it is, others prefer to add a little vanilla essence, before whipping.

Coconuts are found to have anti-bacterial, anti-fungal and anti-viral properties.

Learn more about the health benefits of coconut >